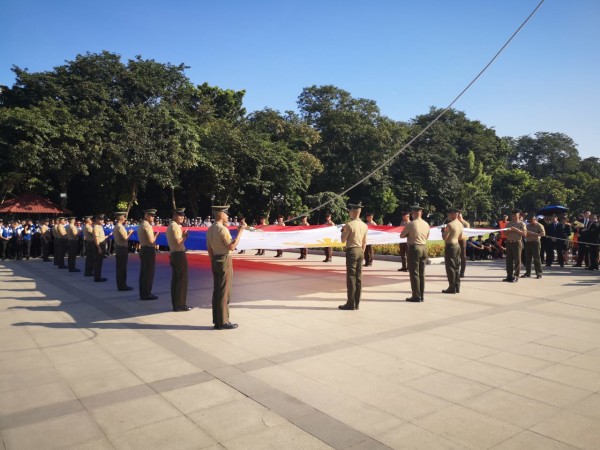 We are proud to partner with the National Parks Development Committee through our FLAGship CSR Salute To A Clean Flag for today's #StopandSalute - a historic inaugural flag ceremony held at the Rizal Monument, Rizal Park, Manila.

Aside from the Independence Day and Rizal Day Celebrations, this was the first time such event was conducted at Kilometer Zero.

Thank you and congratulations to the NPDC, to the almost 4,000 attendees, as well as our advocates and supporters John Arcila and Cooky Chua and Salute To A Clean Flag members who represented our movement.