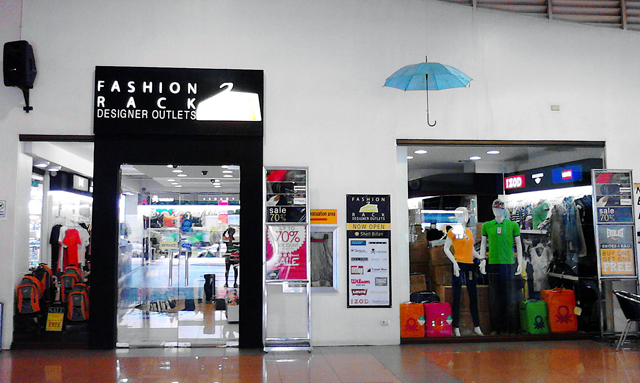 Shell Philippines welcomes its newest locator, Fashion Rack Designer Outlets to one of its busiest tollway retail sites at SLT2 Biñan, Laguna (a province southeast of Manila). This marks Shell's first foray into partnering with a non-food retailer for its subleasing business.

Fashion Rack Designer Outlets began its operations in 2010 offering designer brands from different fashion, sporting and beauty categories at discounted prices. Fashion Rack initially had three (3) stores on their first year; setting-up one of their branches at the busy Ninoy Aquino International Airport Terminal 3. A year later, their branches had grown into seven (7) outlets with their first shop at a fuel retail site of a Shell competitor.

Shell's partnership with Fashion Rack was solidified with the opening of its very first outlet store. At around eighty-eight square meters (88 sq.m), Fashion Rack works with several food locators on-site to provide the best value for Shell's customers who are mostly transient motorists and vacationers going to Laguna. Having numerous natural springs, many of which are hot springs, Laguna is considered the resort capital of the Philippines.

Fashion Rack Designer Outlets is now conducting feasibility studies for other retail sites in their continuing effort to expand their business with Shell.