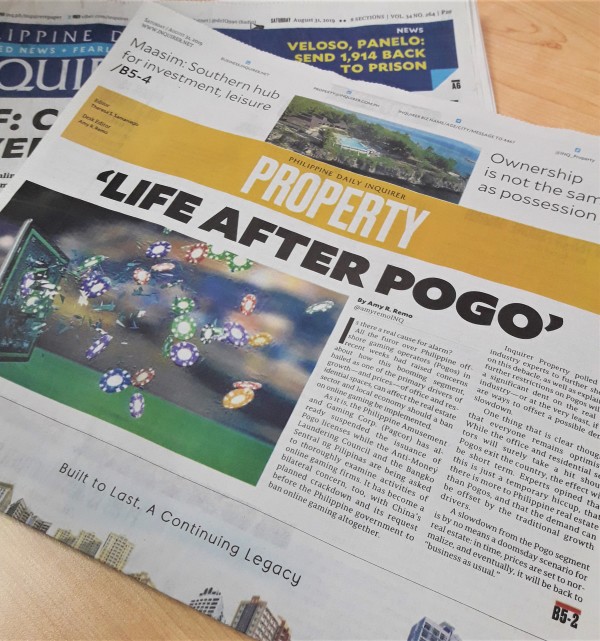 Via the Philippine Daily Inquirer: Life After POGO

Philippine Daily Inquirer's Desk Editor Amy Remo wrote about 'Life After POGO' on the Saturday edition of the broadsheet. One of the interviewees Inquirer Property asked for insight was Pronove Tai International Property Consultants' President and CEO Monique Pronove. Her response is below:

Traditional offices and the IT-BPM sector are at 54 percent and 35 percent, respectively. The restrictions will definitely impact the office market and could even cause a double-digit vacancy in the metro. If this happens, vacancy could reach its highest level in 10 years.

Pogos were Metro Manila’s No. 1 demand driver in the second quarter of the year, dislodging the IT-BPM in the first place for the first time in 17 years. Bay Area and Makati City will particularly be impacted as both districts host the majority of Pogos at a combined 67 percent.

Considering the Peza moratorium in Metro Manila and the impending Trabaho Bill, it will be very challenging for our usual demand driver IT-BPM to offset the office take up.