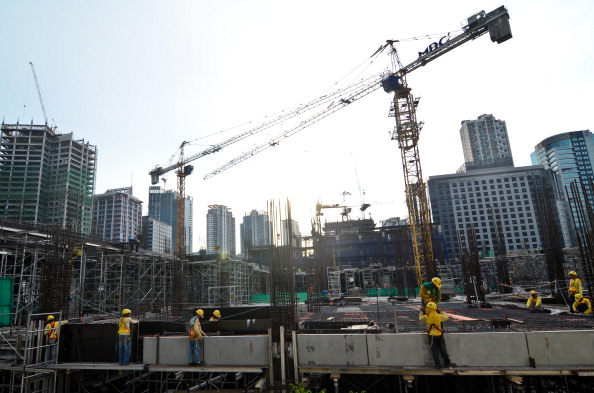 A RECORD 1.2 million square meters (sq.m.) of office space will become available in the metropolis within the year, according to a property consultancy, with vacancy rates possibly widening to double digits should the government cut incentives and tighten regulations for businesses

The supply of office spaces in the National Capital Region will peak with the completion of projects delayed from last year because of the lack of skilled labor in the construction side, according to Pronove Tai International Property Consultants.

“Basically what happened is we just played catch-up of what was not delivered in 2016,” Pronove Tai Chief Executive Officer Monique Cornelio-Pronove noted during a media briefing in Makati City late Wednesday.

The supply could have reached 750,000 sq.m. without the shortage of skilled labor in the construction sector, which in turn delayed the completion of office buildings, Ms. Cornelio-Pronove said.

The problem will likely continue to hound the property market, with Ms. Cornelio-Pronove saying: “We’ve come across groups like the big developers, and what they’ve been doing is educating fishermen and farmers to actually move and actually get into the construction industry.”

“In a way, it has not been addressed because this is a six-to eight-month delay and it already happened. They’re just catching up. Whatever has not been delivered is going to be delivered in 2017. So, that still remains a big issue.”

About 70% of the 1.2 million sq.m. scheduled for delivery for the entire year will accordingly become available within the first half, according to Pronove Tai, with 26 buildings across Metro Manila slated for completion by end-June.

VACANCY RATES UP
On the positive side, the new supply will provide more choices to locators as vacancy rates increases to “healthier” levels above 5%, Ms. Cornelio-Pronove said.

“Vacancy-wise, we’ve had the lowest vacancy of around 3 -- lower than 5% -- since 2011. Any vacancy that is lower than 5% is not healthy because it does not allow for demand to actually grow within the building or the district,” Ms. Cornelio-Pronove explained.

Besides, the demand for office spaces supposedly remains strong, as the business process outsourcing (BPO) industry continues to grow while the Philippine Amusement and Gaming Corp. rolls out offshore gaming operations.

Citing a survey conducted by PricewaterhouseCoopers and Urban Land Institute, Ms. Cornelio-Pronove noted the shift of real estate investments in Asia and the Pacific to emerging markets like the Philippines.

In the latest survey of 604 investors, fund managers, property developers and owners, among others, Manila emerged as the third most favored investment destination for 2017. It ranked next only to Bangalore and Mumbai.

“Fund managers are predicting that we will have continued robust economic growth around 6.5%. I agree though that 920,000 sq.m. of available space -- because the others were already pre-committed -- is still significant,” Ms. Cornelio-Pronove noted.

“I see that vacancies will increase to healthier levels than 5%. But I also say that if this supply will not move to 2018, there is also a high probability that we will have double-digit vacancy,” Ms. Cornelio-Pronove added.

The absence of clear policies in licensing online gaming operations as well as the slow process of accrediting offices as economic zones may supposedly dampen demand for office spaces and lead to double-digit vacancy rates in Metro Manila.

“There’s a significant number of approvals that are still with the President. If the President does not sign that -- I’m thinking that most of that is coming from NCR -- most of these buildings will not be committed or will not be leased,” Ms. Cornelio-Pronove said.

“And we’ve already seen that. There are buildings in Pasong Tamo [in Makati City] that were marketed as PEZA (Philippine Economic Zone Authority)-accredited. They’ve remained largely vacant until they’ve received PEZA accreditation.”

Seeking accreditation from PEZA may mean fiscal and non-fiscal incentives, such as income tax holidays and employment of foreign nationals, for the property developers as well as their tenants.

“But the good news is that you have pre-commitments already. People will be leaving the Philippine only if there will be tanks in the streets, etcetera -- that’s when we should be worried,” Ms. Cornelio-Pronove said. - By: Keith Richard D. Mariano, January 13, 2017, Businessworld